By CEED Office
August 2, 2017
With the help of its partners, PMCJ – Eastern Visayas, AGYLA, and Sanlakas, solar techpacks were delivered and placed in the custody of residents of Lake Danao, who were devastated by the earthquake which struck Eastern Visayas last July 6, 2017.
Less than a minute after the earthquake was felt, a massive blackout was felt in Eastern Visayas. Residents were not only left without homes, but also without electricity in the relocation areas.
Community EmPOWERment is an initiative of the Center for Energy, Ecology, and Development (CEED) in enabling communities to experience the benefits of renewable energy controlled and managed by communities.
Most houses in the area are left inoccupable because of the damage they suffered in the earthquake. Harrassment was also experienced by the community after the Local Government Unit allegedly demolished the evacuation area where most residents relocated.
In coordination with PMCJ – Eastern Visayas and Sanlakas, the situation was relayed to the Center for Energy, Ecology, and Development, and the urgency of the situation led CEED to commit to responding to the needs of the residents of Lake Danao. 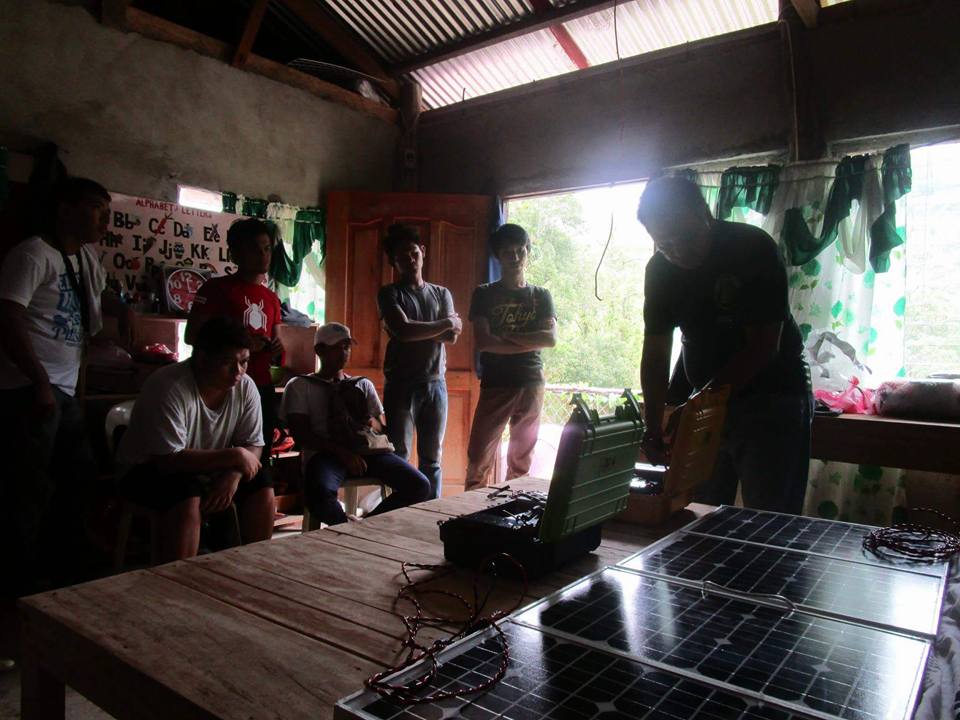 After two days of travel, CEED Community EmPOWERment Campaigner Odjie Javinal reached Lake Danao with a team of volunteers, delivering the tech packs and conducting a training.
CEED Community EmPOWERment Campaigner Odjie Javinal delivered an immersive discussion and training on the benefits of renewable energy technology in times of disaster, and how to operate the solar techpacks to leaders and volunteers in the community.
The solar tech packs delivered to Lake Danao will aid in rebuilding the evacuation sites for residents of Lake Danao and will serve as a glimmer of hope throughout the recovery of the community.