COVER-UP, COLLUSION, INCOMPETENCE IN THE ERC UNDER DUTERTE’S NOSE

Specifically, the Coalition calls on the President to break his chain of successive failures to deliver on his promises and act on the corruption prevalent in the ERC by firing the suspended Commissioners and immediately name their replacements, that the ERC can categorically reject the anomalous Power Supply Agreements (PSAs) entered into by Meralco through its dealings with its sister companies.

These were the strong words uttered by President Rodrigo Duterte, relating to rumors of corruption in the Energy Regulatory Commission (ERC) last December. This coincided with the suspension of ERC Commissioners Alfredo Non, Gloria Yap-Taruc, Josefina Patricia Magpale-Asirit and Geronimo Sta. Ana, who have been found to have given “unwarranted benefits to Meralco and other companies by exempting them from the coverage of CSP requirement which was already in effect after 06 November 2015.”

Yet, after his mere acts of posturing against the ERC and the Commissioners who were found to have colluded with Meralco, it has not led to the suspension of the shady PSAs, nor has it amounted to the firing or forced resignation of the suspended officials

The said Commissioners practically betrayed the trust of the public and their mandate by suspending the implementation of the Competitive Selection Process (CSP) to accommodate Meralco’s suspicious power deals with its sister companies. The CSP is required by law in order to ensure that electricity consumers will get energy from the cheapest, most competitive source. However, the ERC suspiciously lifted the rule in favor of so that Meralco and other DUs can go through with their PSAs without having to go through public bidding.

Even as enough evidence has been found of this collusion by the ERC Commissioners and Meralco for the Ombudsman to suspend the Commissioners, the shadow of corruption continued to lurk the halls of the ERC under Duterte’s nose. The suspended officials continued to go to work with the support of Duterte’s appointed ERC Chairman Agnes Devanadera, in direct contempt of the Ombudsman suspension order. And while the Palace reportedly ordered the ERC to implement the suspension, the President has neither reprimanded the ERC for defying the order, nor has he named replacements for the suspended officials.

This lack of action from the part of President has culminated in the Court of Appeals decision issuing a temporary restraining order (TRO) against the suspension ordered by the Ombudsman. According to the Court of Appeals, serious and irreparable damage will be incurred by the public if the positions remained vacant, as the ERC will not be able to function without absent its four commissioners.

The 7 PSAs are dirty, deadly, and costly. The P4P Coalition has not wavered in its continued intervention against Meralco’s seven PSAs, given the corruption surrounding it, the high cost coal will add to our electricity bills, as well as its implications on the environment and communities who will be affected by the construction and expansion of coal-fired power plants.

Already, our coastal resources are being depleted by the country’s continued reliance on coal for energy.

Coral bleaching and the contamination of water has led to an alarming decrease in the livelihood of coastal communities, especially small fisherfolk. Skin, respiratory, and cardiovascular ailments owed to the smoke coming from the burning of coal has also been suffered by impacted communities. Already, communities from the Atimonan, San Rafael, Limay, Iloilo and others are expressing dissent and resistance against the power plants threatening them.

This increased suffering due to the extraction and burning of coal is a price we are no longer willing to pay. These realities are on top of the actual price coal costs in our electricity bill, as coal continues to increase its price relative to other cleaner energy resources. 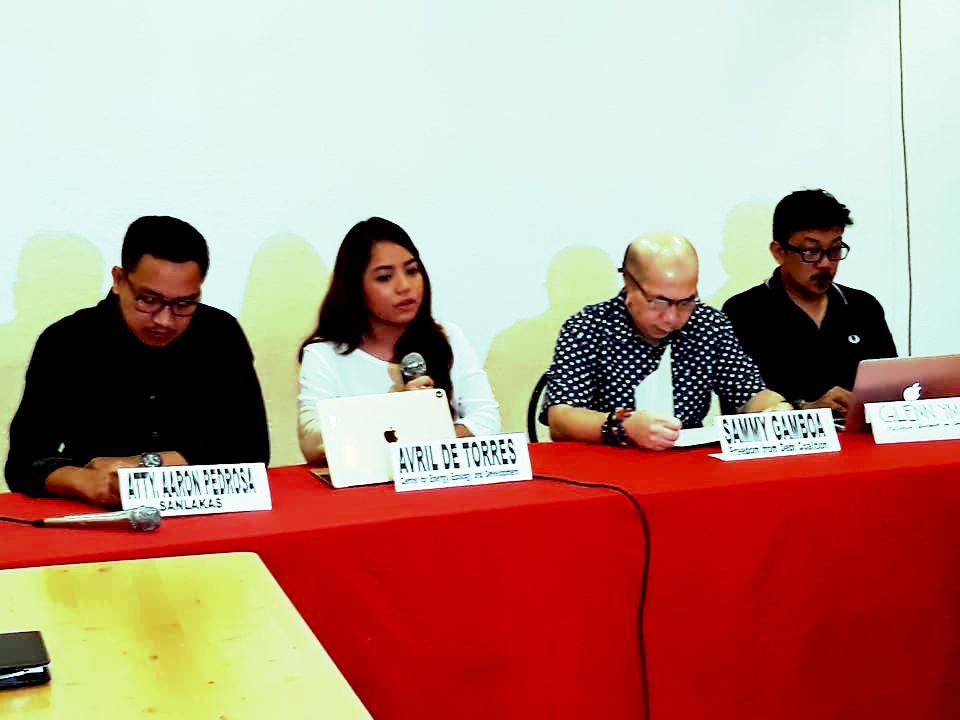 At present, the cost of solar and wind are drastically decreasing, with recently even the cost of wind at P3.50/kwh, already leagues away from the present cost of coal, notwithstanding the current cost of solar which is at P2.99/kwh. The cost of RE is projected to decrease even more in the coming years. If the ERC goes on to greenlight the PSAs entered into by Meralco, they will be stealing at least 20 years of cleaner, more affordable energy from the citizens and electricity consumers. — Center for Energy, Ecology, and Development (P4P Coalition Member) Legal and Policy Officer Atty. Avril De Torres

The Coalition remembers the words of the President against corruption in the government and the ERC. The Coalition remembers the lies and deception of Meralco and their pawns in the ERC. His ‘tough’ words mean nothing. These instances of corruption and collusion happened under his nose. And his continued inaction could prove that he is part of the problem, not the solution.